The low wooden windows are still in existence Black and White photograph was from NHB Singapore. It showed part of the Silat Walk flat.


According to my birth certificate, my first home was 13F Silat Road. In my search I could not find any old photograph of this block of flat except the one above which suspiciously looked like it. I remembered the carefree childhood days in this area, cycling around the blocks and stooping down to avoid hitting the open windows of the ground floor flat. There were some one-story shops. The block was directly across the road to the old Zhangde Primary School. At that time, in the 1950s, there was no Jln Bukit Merah. Instead, it was a mudtrack running towards a kampong and a market, where the present Bukit Merah Food Centre is. I think it was called Si Kar Teng.

I remembered the big rooms, hall, kitchen and the two bathrooms. When going downstairs, I would jump down the flight of stairs. My paternal grandparents, 3 uncles and 5 aunties lived under the same roof with us. At night, my aunties would bring stools along to the open-air cinema near the railway track. I also remembered watching the glowing skies over the hills of the SGH area when the Bukit Ho Swee squater kampong caught fire.


At present, only a few of these old SIT flat remained. These blocks are shown above. 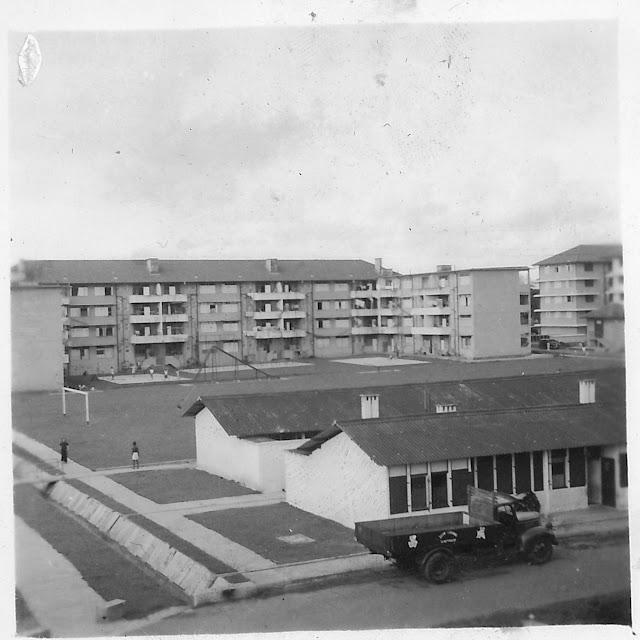 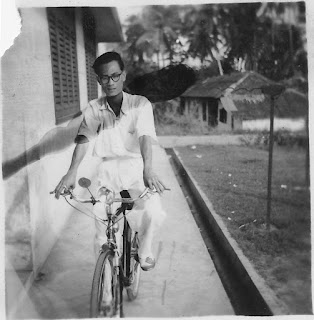 My late father riding a bicycle along the Silat SIT block where we stayed. 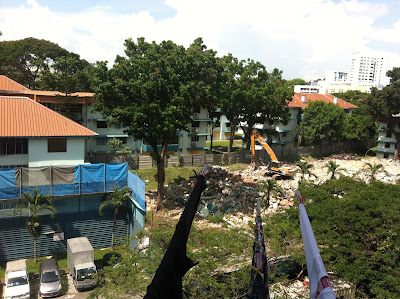 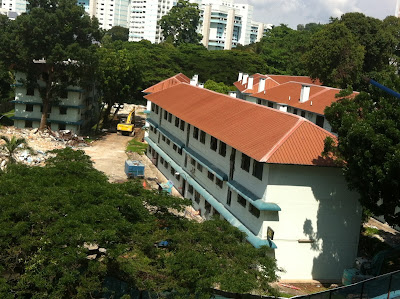 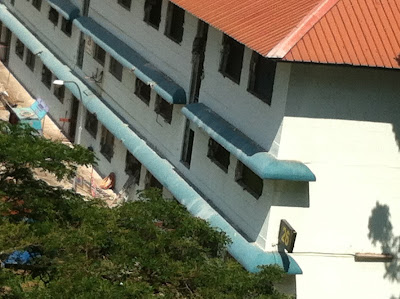 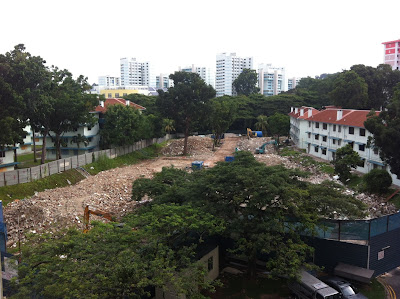 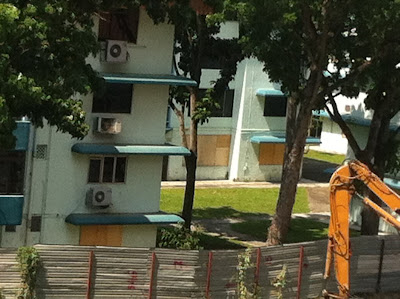 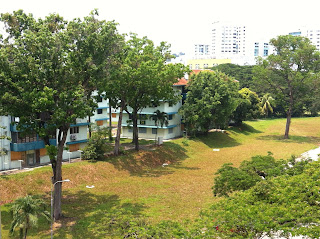